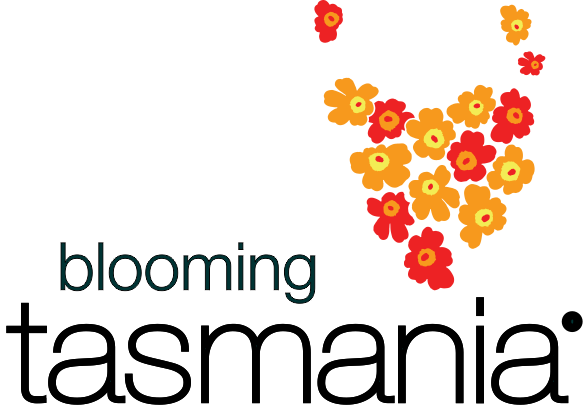 A Season in the Tasmanian Arboretum

Mist over the Tasmanian Arboretum

We have passed the shortest day and although winter is with us the Ussurian pear (Pyrus ussuriensis) is putting on a little show, along with the established Mahonias and witch hazels. Our oldest Mahonias are in full sun, something not always suited to a shade lover. However, the golden leaves exposed in the sun do add a brightness on a the occasional dull day.
This year the leatherwoods (Eucryphia species mixed), some species being of honey fame, flowered past the usual period and right on into June. This collection contains almost all the species known and some of the hybrids and cultivars. Certainly a good summer flowering plant provided you have a cooler climate such as Springbrook in Queensland or in the NSW Southern Highlands. Also, if the plant is in a summer dry site, regular watering gives a fuller flowering. We let the rainfall determine the showing of some of our specimens and they still please.
Now that the autumn leaves have fallen the tracery patterns of the different species of deciduous trees, the branch architecture, make patterns against the backgrounds in the landscape. Then there are the evergreens, the Tasmanian plants that inhabit and surround the Arboretum and the conifers and broadleaf trees and shrubs from cross the temperate world.

West across the lake, to little island

We could start with the A’s for the manzanita (Arctostapyllos manzanita), just budding up to flower or the strawberry trees of Irish fame (Arbutus unedo) although it is more a Mediterranean plant. This Genus is also found in the Canary Islands (Arbutus canariensis) and in the new world, an example being the Pacific madrone (Arbutus menziesii). Then there’s the Firs (Abies species) and so on down to the last letter in the alphabet.
Also among the evergreens are species from the cooler forests of the east coast. All the way up to Northern Queensland there are sky islands, mountain tops with remnants of forests that were more wide-spread in ancient times. Like the Wollemi pine (Wollemia nobilis), some of these species have a limited distribution, such as the Springbrook leatherwood, (Eucryphia jinksii).
We have a few of these sky island species, along with other species that have become endangered by more modern changes such as myrtle rust along with the more widespread such as coachwood (Ceratopetalum apetalum) closely related to the NSW Christmas bush (Ceratopetalum gummiferum), renowned for its leaf colour. This year our largest coachwood matured, flowering and producing fruits. Who knows, we may even have seedlings in the spring.
This is only a taste of the Arboretum’s interesting plants and other features. They can be found all the year round or at www.tasmanianarboretum.org.au or on facebook.
Also see: https://bloomingtasmania.com.au/tasmanian-arboretum/

Mahonia japonica in flower in the shade 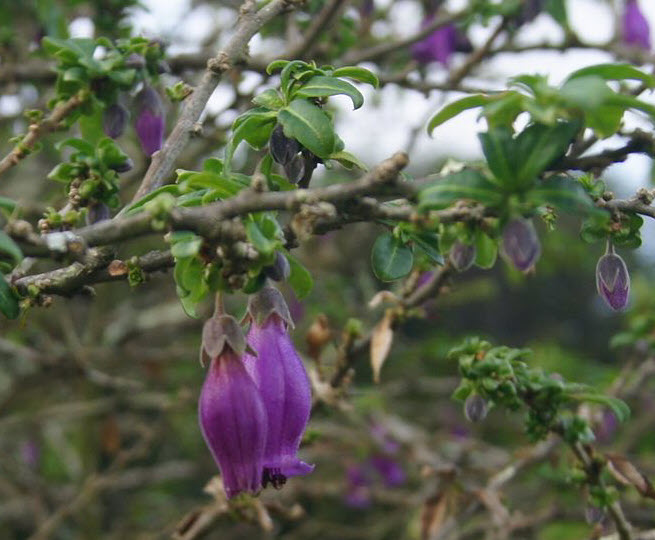 Latua pubifolia, the sorcerers stick, in flower near the Education Centre